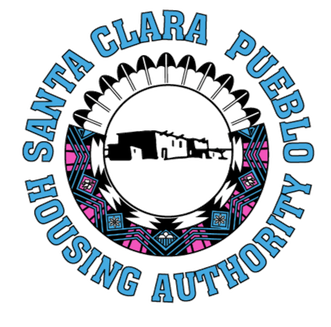 This program assist homeowners with housing repair needs by providing rehabilitation assistance. Home rehabilitation or improvements can be made to bring a home up to modern living standards. SCPHA works with the homeowner to determine the housing need and administers the construction repairs of the home.
More about the program:
The Santa Clara Pueblo Housing Authority has renovated about 100 homes within the past 13 years with an approximated cost of $7,500,000.
The eight homes in the Plaza area that were renovated are over 400 years old and as per requirement of the New Mexico Historic Preservation, the design and looks could not change. The materials that were used were of better quality but had to resemble the existing look. In the interior, the electrical had to be up to the New Mexico CID codes. The walls had to be re-plastered and painted, with new floor covering. The exterior required new roofs and re-plastered walls.
Most of the homes that are rehabilitated are old HUD homes. The concerns of the SCPHA are the safety, health and sub-standards of these homes. The exterior work concussed of roof replacement, replacement of windows (meeting egree in bedrooms), doors with storms, and plaster. The interior, if needed, included replacing the furnaces, water heaters, and appliances (range with hood and refrigerator). The electrical required replacing the outlet, light switches, and light fixtures.
Walls and ceiling were repainted before sealing with a semi-gloss white paint. Kitchen cabinets were refinished or replaced with a new counter top and stainless steel sink. Some bathrooms required converging for handy cap proposes, which included installing walk-in showers and replacing vanity/sinks and low flow toilets. New water lines, drain lines, shut-off valves, and faucets were installed. Carpet was installed in all bedrooms, living rooms and hallways. Vinyls were used in  the kitchen, bathrooms, and laundry/mechanical rooms.
Homes that were built before 1978 need to be tested for any lead base paint as per HUD polices and homes that are 50 years or older need the New Mexico Historic Preservation Division approval and follow their polices on renovating old homes

SCPHA is offering an Elderly Emergency Rehab program for Senior Citizens and Handicap.